An Introduction to Asymmetrical leveraging (with proper compounding)

One area that needs to be clearly understood to both reduce your risk, and maximize your profits, is asymmetrical leveraging. Having a clear understanding will allow you to take your account to the next level much faster. Truly this is one chapter, that if you only read it once, you may be kicking yourself in the butt. You should read it until you understand it from front to back, and then read it again until you can get the concept so clearly that you can figure it out in your sleep.

Having said that, let’s get started. The reality is that asymmetrical leverage is easier to show than it is to explain so let’s define it using examples.

Setting up the Example

Let’s assume your money management plan allows you to trade 2% per trade. You are trading a mini account, and your account balance is $5,000 as we begin. The trade system you use calls for 40 pip stops. Now let’s look at some examples to show what asymmetrical leverage really is.

On a mini account, you cannot trade 1/2 of a contract. A mini lot is $10,000 of a currency pair, and very few brokers allow you to trade partial mini lots. So now to trade within your own rules you must round down and trade 2 contracts. With 2 contracts you are risking only 1.6% instead of 2% per trade.

Let’s look at how this affects your profits:

If the trade is a winner you only make 80% of what the profits of 2.5 contracts would have been. In other words, you left the other 20% on the table. If you had a winning trade with a 2 contract purchase it would take 100 pips to bring your account balance to $5200. On the other hand, you could have made that same $5200 with an 80 pip win if you had traded 2.5 contracts as your rules suggest you should.

Assume now that you had a run of winning trades that month and you brought your account balance to $6200. You’re still using you’re your 40 pip stops and 2% rule, so let’s see how things have changed.

Since we’re still ahead by $960, those two losers haven’t really hurt you that badly, but look what happens to our ability to trade.  2% of $5960 is $119.2/ 40 is 2.98 mini contracts as our ideal position size. Since we have to round down to stay within our own 2% rule, suddenly we’re back to trading 2 contracts. This time we are leaving even more profits on the table though.

Putting it all Together

In a nutshell that is what asymmetrical leveraging is. I suggest that you work through the same example with your own account and stop size to see how this affects your account, and also to get a better understanding.

With an idea of what asymmetrical leverage is, let’s begin to look at how it can affect you in your trading.

The Effects of Asymmetrical Leverage

The first problem is that you will sometimes see differences in your equity curve at certain times. It will seem like you have hit a roadblock, and taking your account to the next level is suddenly extremely difficult.

This can lead to another problem: if you don’t understand what is going on, it can undermine your trading psychology. That is – you may lose confidence in your trading system and in your own ability to trade. Feeling stuck you begin to question your whole trading system.

To better understand this, let’s take a brief look at what happens when we combine a typical trading system with the concepts behind asymmetrical leverage.

We know that asymmetrical leverage changes our risk factor:

Asymmetrical leverage also changes the amount of profit we earn on a winning trade:

Now let’s look at some basic concepts behind a trading system. It really doesn’t matter what system you use, most of them tend to have the following two qualities:

This tends to hurt the trader in more than just slow equity building – it tends to undermine their confidence in their trading system and make them feel at the markets mercy. Simply understanding this concept, and taking a closer look when something feels wrong, is important to being able to maintain your trading psychology.

Now that we understand asymmetrical leverage let’s talk about one more factor that can undermine your trading psychology and hurt your profits.

First it is important to understand: Asymmetrical leverage will have a tendency to work either for you or against you. At different times in your trading career you’re very likely to find that you will have times that you feel slightly stuck and others in which your equity grows at a phenomenal rate.

The problem comes in when people try to design a money management system that compensates for asymmetrical leverage, or that trys to ensure it always works for you instead of against you.

Many traders have come up with the idea that the problems of asymmetrical leverage can be overcome by money management systems that compensate by not treating every trade with equal risk.

Now for some (very experienced) traders they have used these types of systems with success. Even then though: In the long run, the money management system doesn’t really perform any better than if they had used a %R system in the first place. For a beginner trader, or a semi-experienced trader employing a system where percent risk is brought into the equation as a variable can have a detrimental effect on their accounts.

Suddenly instead of trading fixed-risk%, the trader is using different percentages, and unless they have practiced this new system to the point where they know the management plan will fit with their trading system EVERY time, something begins to happen. The variable risk factor begins to work against them, and they begin to diminish their earning power on the good trades and they end up accentuating both risk and loss.

To further understand what I am talking about, let’s talk about three types trading systems

Martingale – A trading system that in which leverage increases as equity decreases. This type of system is commonly referred to as the double or nothing system. If you trade 1 lot and lose, you would then increase your trade to 2 lots. If you lost again you would increase the trade to 4 lots. If you win your 4 lot trade, you go back to trading one lot and the process repeats itself.

The theory behind this trading system is obviously that when you win, you win more. If you lose a 1 lot trade, and then win at 2 lots – you have won twice as much as you lost, so you’re ahead. The problem with this system is that, unless you have unlimited funds, the risk factor involved is huge.

Anti-Martingale – A more common type of trading system is the anti-martingale system. As the term suggests this system is the opposite of martingale. As the equity in the account decreases, so does the leverage employed on a trade.

If you need an example of this type of system, simply look at the examples we used in the last chapter. Upon losing account equity we dropped from trading 3 lots back down to 2. With this system we wouldn’t increase the lot size until there was sufficient equity in the account.

Fixed Bet – In a fixed system the lot size is always the same (no compounding, and thus less profit)

If you use a Martingale approach to trading, then you are working with a concept that is commonly known as streak theory. To give a basic definition, streak theory is the theory that wins and losses run in streaks. Thus by using a martingale approach you are working on the assumption that all streaks end, and with each losing trade the probability of that streak ending increases.

The problem with this type of system is that a streak is predictable in terms of frequency, but never in terms of timing or when they will end. What usually ends up happening when you try to fit money management systems with a trading system that runs on streaks is that the management system will tend to be out of sync with your trading system. This can turn a profitable system into a losing system fast.

When we go to the other end of the spectrum and work with an anti-martingale system (most trading systems you use in your career will fall into this category) we find a different approach.

In this case we are assuming that a trade has no more than a 50/50 chance of winning or losing. As far as trading is concerned this is a better approach. With any given trade we assume that we are just as likely to win as we are too lose, and this approach is also given to the fixed% risk plan. If we try to apply a variable risk management plan to a system where we are just as likely to lose as we are to win we end up working against our own system.

You also end up working against yourself psychologically. Think about it. You’re trying to employ a variable rate risk management system to a trading system where you have a 50/50 chance of winning or losing. You chances of winning or losing are the same, so it stands to reason that your risk is always the same. It simply doesn’t make sense to use a variable rate risk plan in this case.

The best money management plan, both financially and psychologically, is a fixed %risk system employed with an anti-martingale trading plan. Using this allows you to always ensure that your risk management fits with your trading system, and with your own trading psychology.

The fixed %R system takes all of the psychological factors out of the equation: you have a chosen percentage that fits your risk tolerance, and you employ that management plan on all of your trades. As far as asymmetrical leverage is concerned – you simply need to understand it – you don’t need to correct for it. Having this knowledge will allow you to look closely when it does feel like you hit a wall, and to understand what is really going on. In the long run the times that it works for you will balance those where it worked against you, and you shouldn’t try to compensate by changing your system that works. 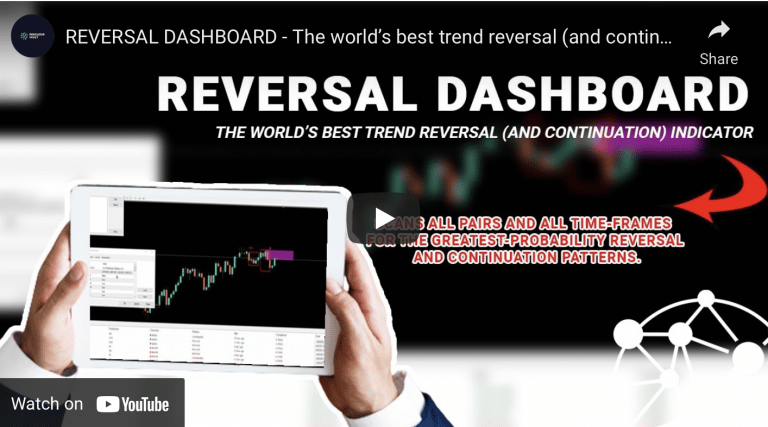 Introduction In this chapter of the book, I want to move back into trading psychology. Whenever you hit a roadblock in your trading career it is very likely that this is the knowledge you will need to get back on track. It isn’t that your trading system isn’t important, or that when you trade isn’t;…

🛑 You’re tired of all those useless trend indicators that just don’t work!? 🛑 This “Trend Trading Cloud” indicator 📉 is the most accurate trend indicator the industry has ever seen Here’s what this amazing indicator can do: ✅ Plot a visual trend cloud on the price chart ✅ Point out exactly where to place your stop and…

When it comes to trading Forex, you’ll often hear a trader talk about “their” trading system. That is, their one system that they consistently use to earn Forex profits. Having a stellar trading system is all good. You should have a main system that you trade with consistently; but, there’s one major problem with getting…

💥This new “Versatile Divergence” indicator scans any pair and any timeframe for the highest-probability divergences using your favorite oscillator (You can choose among 10 different oscillators such as MACD, RSI, Stochastic, CCI, Momentum, etc…) ▶️To learn more about VERSATILE DIVERGENCE, click here…