Our next trading system is a fairly simple method to squeeze money out of the market with short terms trades. With this one we trade the five minute charts, and we rarely hold a trade for longer than 20 minutes. This system requires a little discipline not to over trade it, but if you learn this one well it will consistently earn you profits.

I personally use this one on a daily basis, and I consistently squeeze 30 – 50 pips out of the market with it.

The beauty of this particular trading system is that it is  so simple, and so profitable, that you will wonder why you haven’t used it from the start of your Forex career. With that said, let’s just dive right in.

To get started, simply fire up a 5 minute EUR/USD chart, and add some indicators: 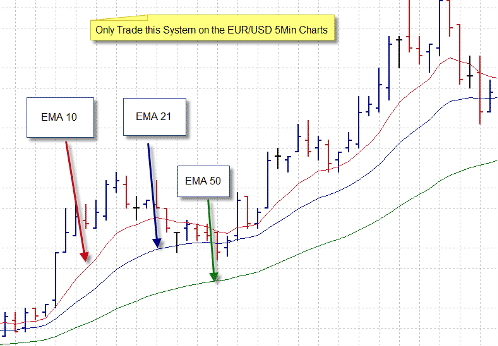 The indicators you want to use for this system include:

The 50 EMA is our indicator to determine the short term trend, and the 10 and 21 period EMA’s provide us with strong support and resistance levels which we will use for entry signals.

Our whole point here is to ride out the short term trends while the trend is making higher highs (and lower lows), and to constantly squeeze 10 – 15 pips out of a trade while only risking five. If you follow our entry rules, this system does work well. The basic idea shown on a chart: 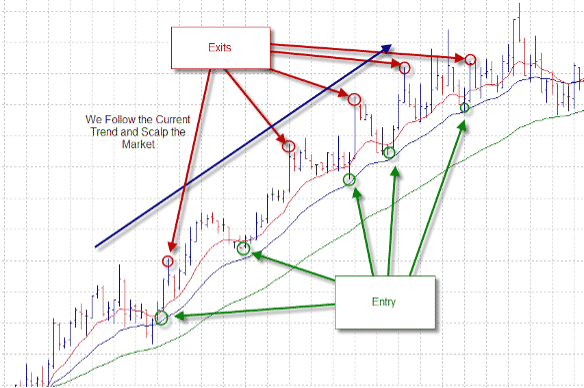 Trading Rules for the 5 Minute System

The rules for this system are quite simple. To lay them out for you, we:

Let’s look at this on a chart to add some clarity: 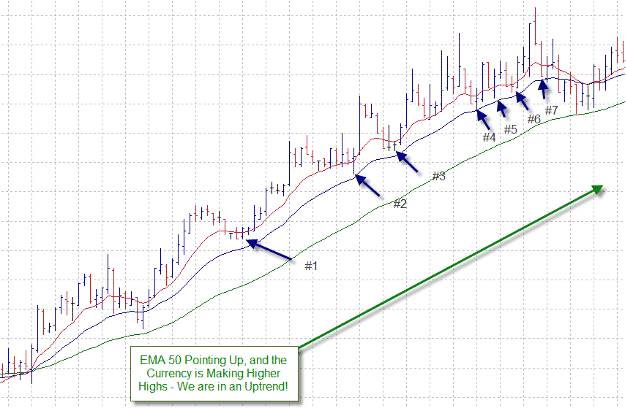 Let’s look at this system whole system in reverse to have an example of short trades with the 5 minute system. Looking at the chart below we first determine that we are in a downtrend, and then we have 5 entry signals on this chart. 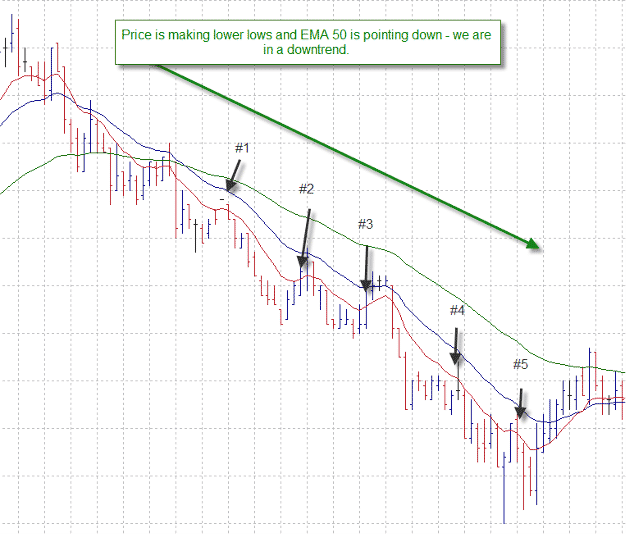 In this case all of the entry signals are valid. The #3 trade would have stopped out, but we would have had four profitable trades by scalping 10 pips at a time from this trend.

This system is simple and if used the way we have laid it out it can be extremely profitable. We aren’t quite done yet though, there are a ways to add to the profitability of this system.

Going Further with the 5 Minute System

There are a couple of more things you can do with this system to add to its profitability.

First, instead of making multiple trades and taking ten pips at a time we can let our profits run. We can also use this system with other currencies. Let’s take a moment to talk about both cases.

I do suggest you trade the system as I laid it out in the previous section while you get used to it. But, as a variant, after you gain some experience you can let your profits run to earn more from the market.

Using this method we won’t be making multiple trades, instead we just take the first signal, set our stop to breakeven once we are 10 pips ahead, and then let it run. Using the same example from the previous section: 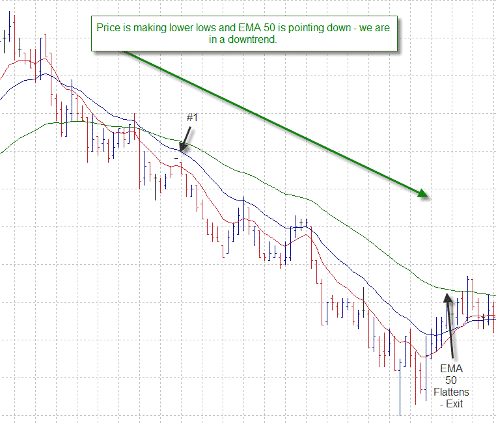 With this method we take the first entry signal once we’ve determined that we are in an uptrend/downtrend. Looking at the chart above the bar hits the midway point between the EMA 10 and EMA 21. We enter the trade.

We still use our 5pip + spread stop, but this time we don’t set a take profit. Instead we wait until the trade moves 10 pips in our favor and then set our stop to the breakeven point. From there just let the trade ride.

To exit the trade, there are two strategies that you can use. 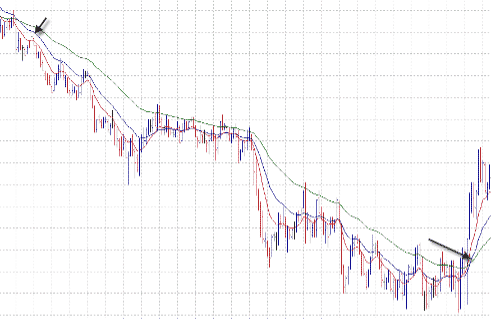 Conservative traders should use the first exit strategy as it will ensure more consistent profits. Risk takers can try the second method as it sometimes is an easy way to make a big trade off the 5 minute charts.

Although I most often use this method with the EUR/USD pair, that isn’t to say you can’t scalp multiple currencies. Looking at the USD/CHF char below, the system does work well with almost any currency. 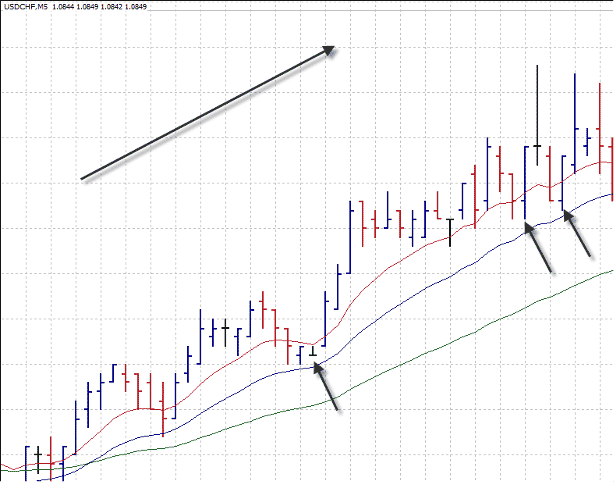 If you do plan to use the system with a currency other than the EUR/USD, I do suggest that you take the time to back test it manually. Doing so will help to confirm in your own mind that it works with the currency pair. More importantly though it will help you determine the best times to use this method with that particular currency pair.

Pairs with large spreads will not be easy to use with this system.

One last note before we move on: Although I do use this system on a daily basis, it isn’t my main trading system, and it shouldn’t be yours either.

Scalping the five minute charts is meant to be a method to squeeze extra pips out of the market when conditions allows, and not to be a huge income earner as some of the other systems I am teaching you will be. 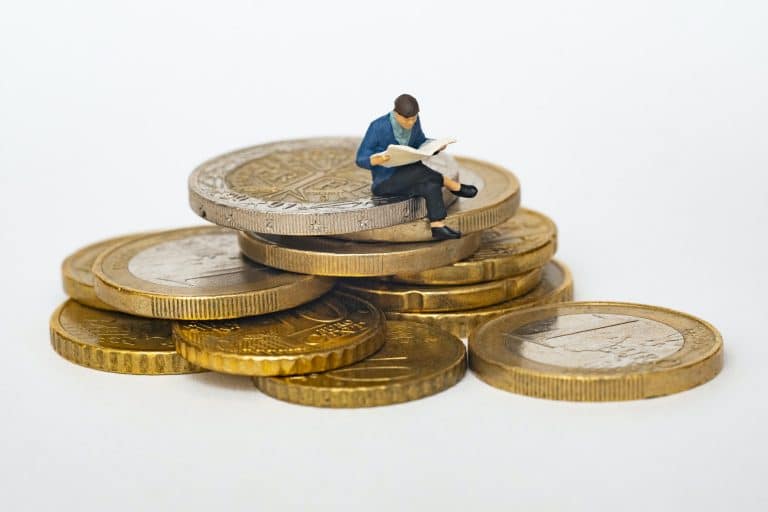 Why Trading Psychology? When it comes to any type of trading the way we think, when making an investment decision, is important to understand. Simply knowing yourself well enough to understand your motivators, emotions, and decision making processes is important to being successful. The simplest way to learn your habits is with a brief look…

When it comes to trading Forex, you’ll often hear a trader talk about “their” trading system. That is, their one system that they consistently use to earn Forex profits. Having a stellar trading system is all good. You should have a main system that you trade with consistently; but, there’s one major problem with getting…

Are you wondering exactly when to jump into the trend ⁉️ If so, this “Pullback Factor” indicator 📉 is perfect for trading with the current trend. It measures when to expect retracements to cease and when to anticipate price to continue making new highs or lows. Here is 3 simple rules you can steal, and put… Introduction Before I move on from money management I wanted to take some time to cover some very common money management mistakes. There are two major mistakes that traders make as they are learning Forex and if you are guilty of either of these it will likely end your trading career early. Whenever you trade,…

An Introduction to Asymmetrical leveraging (with proper compounding) One area that needs to be clearly understood to both reduce your risk, and maximize your profits, is asymmetrical leveraging. Having a clear understanding will allow you to take your account to the next level much faster. Truly this is one chapter, that if you only read…